The woman who weighed only one pound less than me lost 6.5 pounds this week.

I lost SEVEN and won the Slimming World's Greatest Loser award for our group! Robert took a photo of me in the sash standing beside our Slimming World consultant, Sharon. 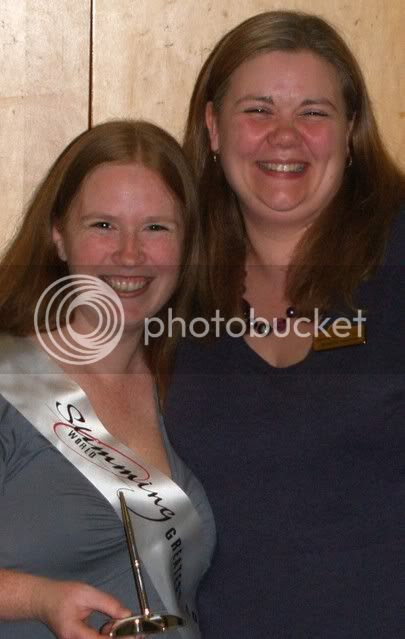 I won an engraved paperweight and pen set, a sash, a sticker and a certificate. I'm still amazed that I was able to lose seven pounds in one week. I exceeded any hope I had for weight loss for the week. 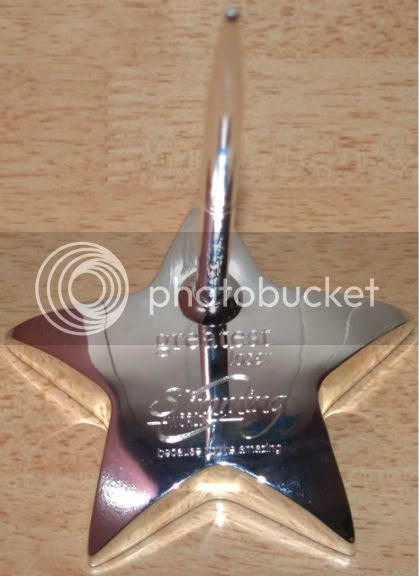 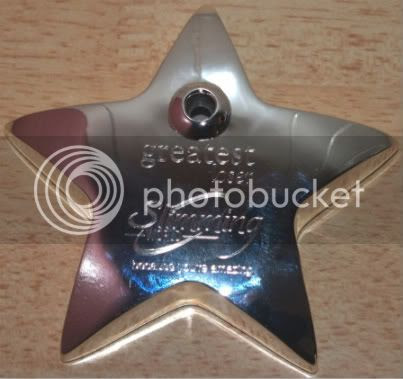 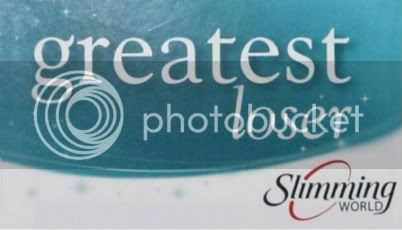 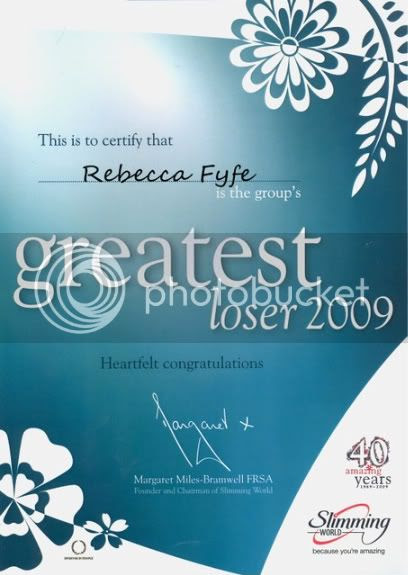 I also won "Slimmer of the Week." Losing so much in one week is going to make this week even more difficult. We'll be going out for dinner to celebrate my birthday, plus having birthday cake. Add that to the fact that I just lost a huge amount of weight and it could spell disaster for my next weigh-in. I'm going to spend Wednesday through Monday working really hard to maintain my loss. If I can get through this week without gaining any of the weight back, I will be thrilled. I do not expect to lose any weight this week. I just really, really don't want to gain.

Robert and I also won one of the raffle prizes. It was a rain poncho, a box of Orange, Mandarin & Cinnamon Tea, and a 3-pack of Lemon Hi-Fi Bars.

Tonight was also a "Bring & Try" night where everyone brings a low-syn dish to share with everyone else. Robert made Slimming World's Vindaloo Sauce from the "Slimming World's Saucy Secrets" recipe book. He made a small change to the recipe (as we usually do). He also baked up some chips (thick-cut fries) for dipping in it. He also made Bombay Bhajis and Cucumber Raita Dip from Slimming World's "100 Free On Green Recipes" book.

Here is a quick photo I took of the table of food that everyone brought to share. 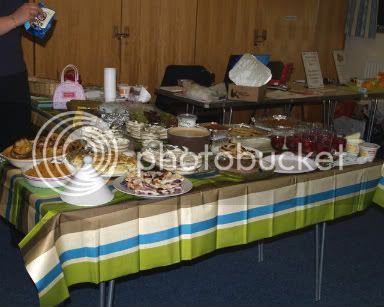 I found a dessert recipe on the back of a packet of Hartley's sugar-free Lemon & Lime Jell-o mix. It was for making Lemon, Lime & Ginger Creams. I made changes to the recipe and added to layers to the dessert. It was a big hit at the meeting! I had people asking for the recipe, and a friend was telling me it's her new favorite dessert. She said it tasted like a mini cheesecake. 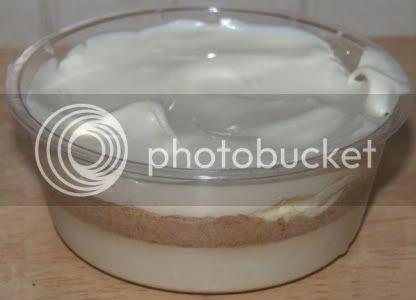 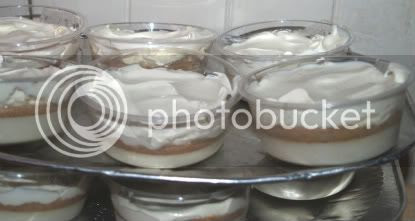 I will share the recipes for everything in separate posts.
Posted by Becky Fyfe at 02:07