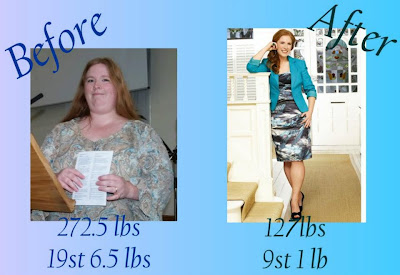 Skinny Dreaming has now been around for five years! Five years ago from today, I posted for the first time on this blog. It's difficult to believe that so much time has passed already since I first started trying to lose weight and decided to blog about it. I was still pregnant with my youngest son Cameron five years ago when I created this blog and started writing.


At the time, needing to lose over half of my body weight seemed like such a pipe dream, something I could attempt but would never really succeed at. Now look at me! I not only lost the weight, but I've managed to keep most of it off for over three years! This little blog that I began after a few months of successfully losing weight has had advertisers reaching out to it, got me a job writing a regular feature for a monthly magazine in the US, which lasted for over a year, and its reach has grown and grown.
The Skinny Dreaming book, that wasn't even a thought back than and was only a faint idea a couple of years ago, now has an outline and chapter synopsis for each chapter and a ton of research ready for the writing on it to begin. What was only a fuzzy idea couple of years ago is now something that is definitely in the works. In fact, I have decided to start writing it here on the blog. during the month of April (2014), I will be writing a chapter a day, which will be shared here on the blog. You won't get to read the whole book here on the blog, but you will see enough of the chapters to let me know what you think of the progress as it happens. 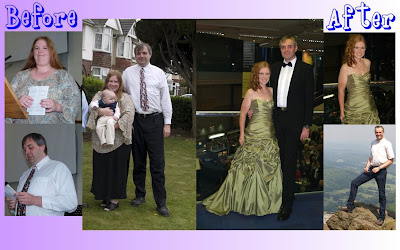 I look at that picture of me before I started to lose all of the weight, and I can't believe that it was once ME. How did I ever let myself get like that, and how could I have waited so long before doing something about it? I was unhealthy. It pained me just to walk. I had no energy. I was a heart-attack waiting to happen, despite not being very old. I had seven children to think about and care for, so I NEVER should have let my health deteriorate so much. It was always in my hands to do something about it (just as, if you are struggling with your weight, it is also in your hands whether or not you change it).

So much has happened since then, and my confidence, as a result has grown. After losing over 145.5 lbs, I was in several magazines and newspapers. I won my district's Slimming World Woman of the Year 2010 and became a national finalist. I was featured on the television news twice. I was interviewed about my weight loss on our local radio station twice. And I was featured in the Slimming World magazine in October 2011, which got me a proper photo shoot, complete with make-up, hair and clothes. (The photographer was Paul Bueller and two of the photos on this page are ones he took for the Slimming World magazine.) 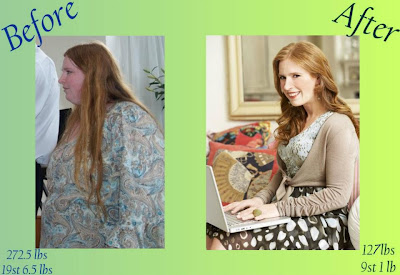 As a result of my growing confidence due to losing the weight, I started to gain confidence on other areas of my life, such as my writing, and I gained a belief that I can achieve anything that I am willing to work towards. My writing career has since grown and I even have an Amazon author page now. And eventually, you will see the Skinny Dreaming book there.

I've even taken up belly dancing - something I would have been to shy about attending classes for before. I am finding the classes fun as well as a good workout, and I'm even planning on joining in with the next performance my class puts on in public.

I hope that you, too, have managed to achieve the body you desire and have grown in confidence along the way. What were you doing 5 years ago?


Every person who comments on this 5th birthday post will be entered into a drawing to win a Kindle copy of the Skinny Dreaming book when it is available. A random number generator will be used to choose the winner once the book is complete. (Please leave a name and way to contact you in case you are chosen as the winner.)