I have posted tips for weight loss before, so I may be repeating things I have said before, but this is just off the top of my head (in answer to someone who asked me for some tips). I thought, since I was typing up some quick tips anyway, I would add them here too.

1 - Limit your breads and cereals.

2 - Switch to whole grain breads, pastas, rices and such.

3 - Make sure your meats are lean. If frying, "dry fry" using Fry Light or some other low-calorie oil spray.

5 - Snack on things like fat-free yogurt, eggs, and fruit salad.

7 - Find time to exercise. Maybe it's walking while your baby is being pushed in the stroller, or maybe it's working out to an exercise video when your child naps or after your partner gets home - but find the time.

8 - Avoid high sugar drinks such as soda (diet is okay) and fruit juice.

9 - Most of your recipes that call for sugar can have the amount of sugar cut by 1/3 without affecting the taste.

10 - Replace sugar with sweetener when possible.

And, for an extra tip - You could always join Slimming World like I did.

Hiking Up The Wrong Mountain 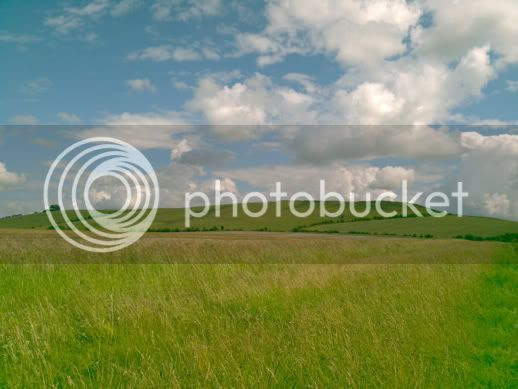 You might think that the above title of this post is a metaphor, and I'm sure I could come up with some profound post using it as such. But it's not. Today, my husband Robert, my daughter Angelica and I really did hike up the wrong mountain.

To be fair, I didn't know, at the beginning of the walk, that I was even going to be hiking up any mountain, let alone the wrong mountain. My husband suggested we walk our dog Mercury to a park with a lake that was only about 2 miles away. I should have realized that there would be more to our walk than that though, because he bought me some new hiking shoes just a couple of days ago. 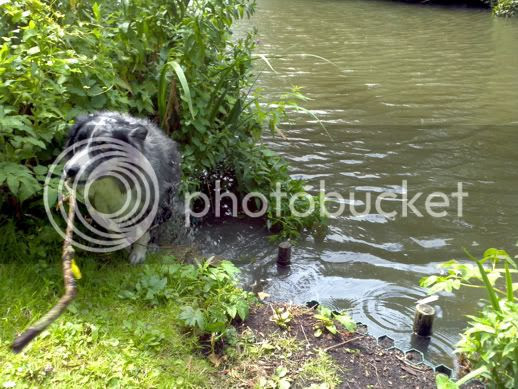 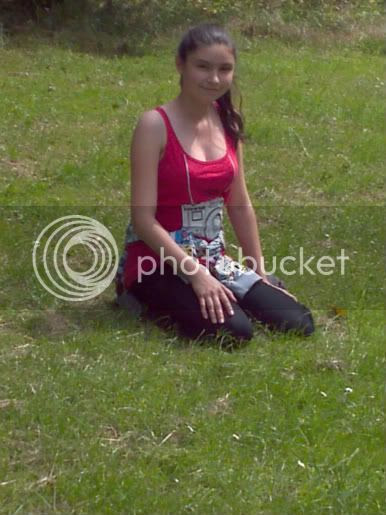 As we passed the park, my husband said, "I fancy walking up there," and he pointed to what appeared to be a group of trees at the top of a very distant mountain. "It's Barbury Castle," he told Angelica and me. Seeing the look of apprehension cross my face, he tried to assure me, "It's not as far as it looks. You know that we always walk to places that look like they are a long way off and find out that they are not really that far."

I thought about my new shoes and how they were already rubbing my feet the wrong way (as new shoes tend to do), and then I thought about how many times in the past my husband had mentioned wanting to hike to Barbury Castle. I sighed internally and began the treck with my husband, my 18 year old daughter and our border collie.

The trip was all uphill and mostly in rough terrain, both dirt and long grass. And today was blisteringly hot. I had expected to be rained on and had not been prepared (meaning I hadn't put any sunblock on my fair skin) for the hot sun that shone on us during the entire hike.

We'd never hiked to Barbury Castle before. Angelica mentioned that she really would love to have a cold drink and something to eat, so Robert pointed to another little group of trees that were a short distance away from the place we were heading and told her that there was a cafeteria there where we would stop. We knew that Mercury would need some water by then too.

We saw lots of rabbits, horses, squirrels and other wildlife along the way. There were also fields of wheat. It really was a beautiful hike. I had my mobile phone with me, so I used it to take some pictures during our hike. 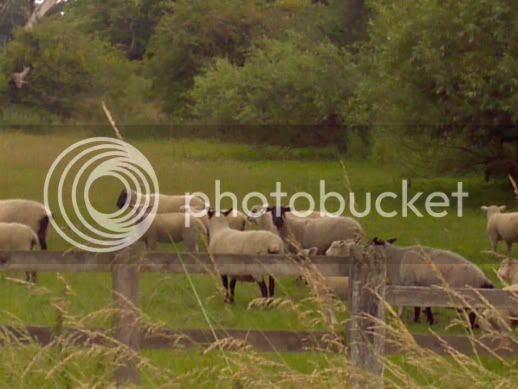 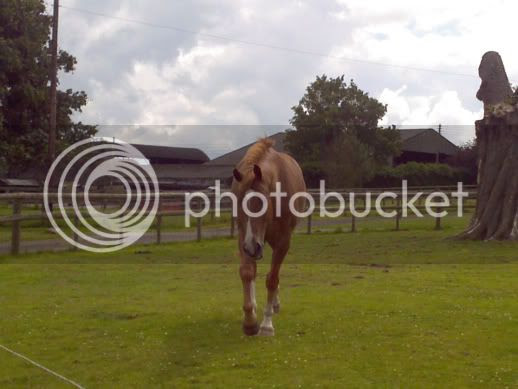 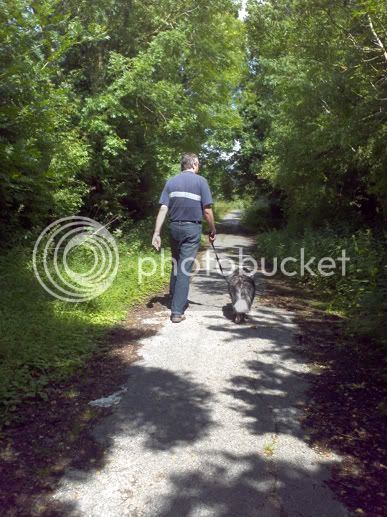 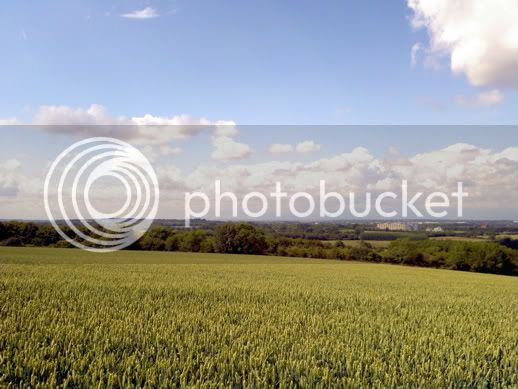 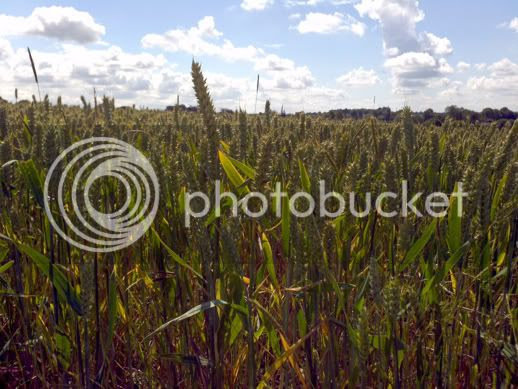 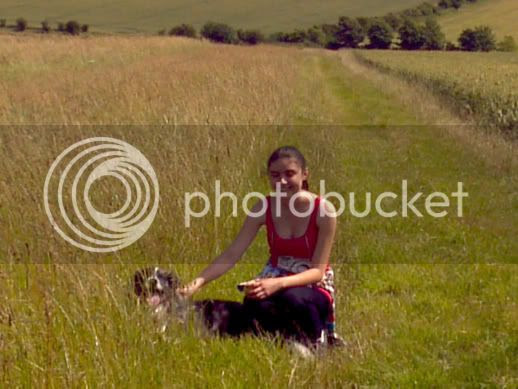 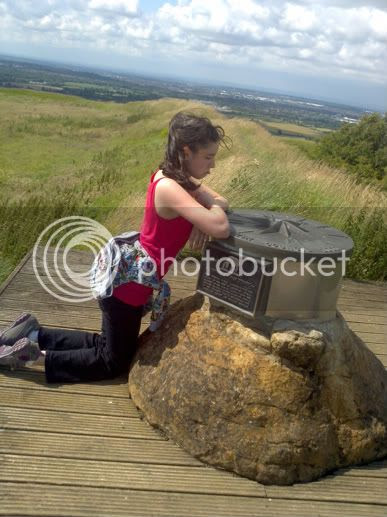 But we had her take some photos of us there at the top, and we took some of her too. 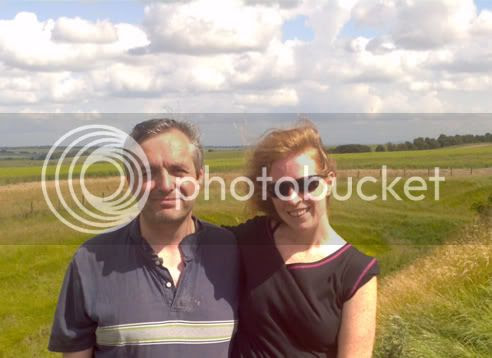 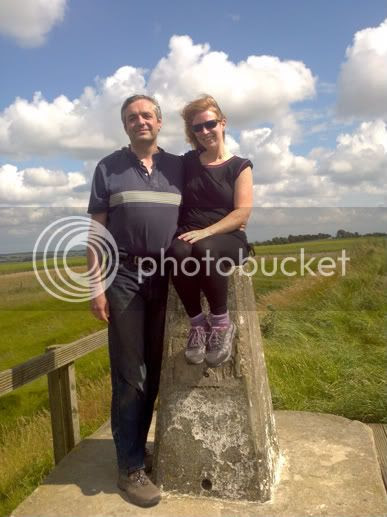 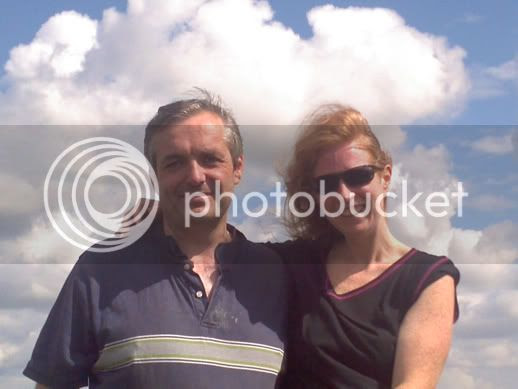 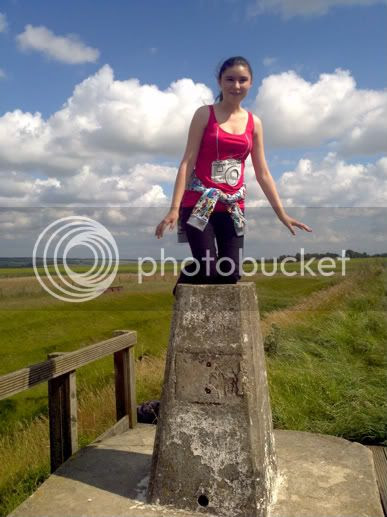 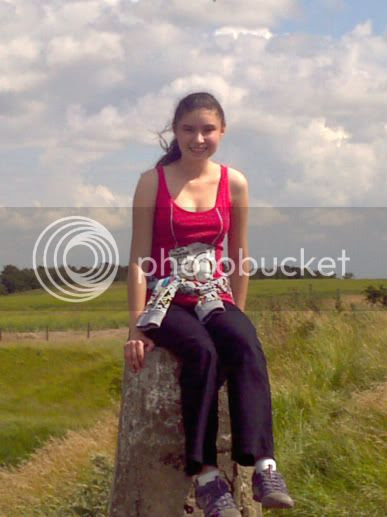 We may not have been at the location of Barbury Castle, but there was a moat. 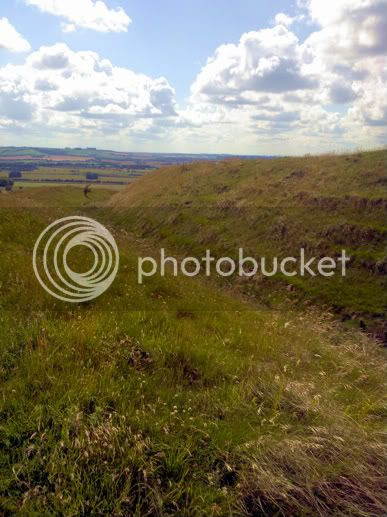 There was no cafeteria for us to stop in at. There was no food for Angelica to fill her tummy with and no cold drinks for us. On our way back though, Mercury found a water trough for horses and drank his fill. At one point, we wound up stuck in a field surrounded by a barbed wire fence and had to carefully climb over it and then lift our dog over it too.

We got to see a horse with one blue eye and one brown eye. 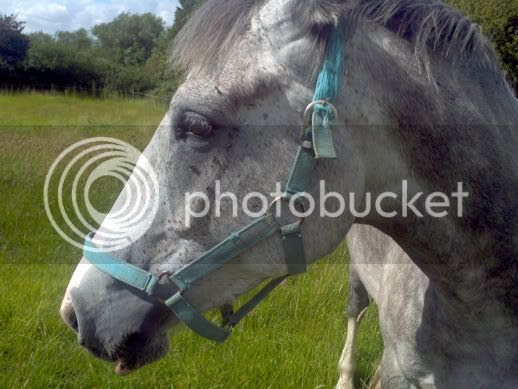 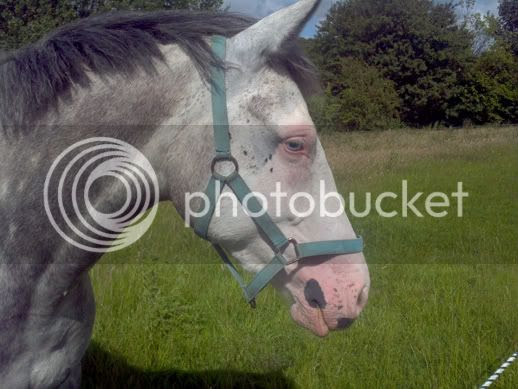 We did manage to stop at a gas station when we were most of the way home. I had a Diet Coke, Robert had a Cherry Coke and a Starbar, and Angelica had a Coke and a Starbar. (Robert bought me a Starbar too, but I brought mine home and tucked it away in my Syn Tin for eating when I have enough syns available.)

When we got home, we looked our hike up on Google maps and found out that, all in all, we had hiked 10.25 miles. I was sunburned and tired, but the walk had been an enjoyable one. It was good to know that I could do the hike. There was a time in my overweight past when a hike like today's would have been beyond my ability.

And there you have it; sometimes hiking up the wrong mountain can be a pleasant experience and can teach you something about yourself.

Of course, Robert still wants to hike to Barbury Castle.