Sorry I haven't updated in a while. I was having computer issues.

I went for my weigh-in tonight and I've lost another 2 pounds. That puts me at 95.5 pounds lost and weighing 177 pounds. I haven't weighed this low since a couple of weeks after my third child was born. (She'll be ,15 in September, so it's been a long time since my weight has been this low.)

It was the Slimming World's Man Of The Year contest, and Robert was up for it along with one other guy. The other guy won. It was based on votes from the group. Unfortunately, a lot of the friends we've made in group who would probably have voted for Robert did not make it to the meeting last night.

Robert lost 4.5 pounds this week, and his total weight lost is now at 48.5 pounds (3 stone 6.5 pounds). (He's actually lost a lot more than that, but that is the amount he has lost since joining Slimming World.) He won Slimmer Of The Week this week!

Tonight was another "Bring & Try" night. Robert made his Scotch Eggs and also made a second batch of them that had chopped up bacon mixed with the sausage coating. I made a Mississippi Mud Pie. There were some delicious food brought, from quiches to sausage stuffing, and from Toffee Cream Dessert to a strawberry trifle type of dessert. The Potato Cheese Pie that our Slimming World consultant Sharon made was particularly filling. 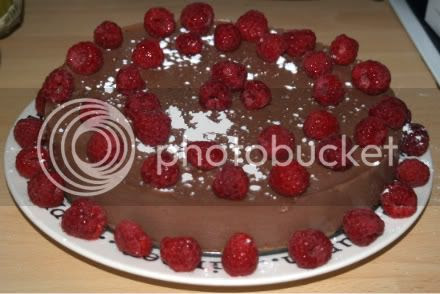 It was a fun evening, and even though Robert didn't win Man Of The Year, he'll always be my "Man of A Lifetime."
Posted by Becky Fyfe at 05:45