Today was the day of Slimming World's Woman Of The Year 2010 finals. It was a busy day and I might get the order of things slightly out of place, but I'll try and give a general idea here of what happened throughout the day.

The night before, I tried on the two dresses I brought with me. The blue one was lighter and would weigh less when I stood on the scale, but the black one was even more flattering to my figure because of its cut, so I wore the black one.

We had our photos taken with Ricky Whittle from the show "Hollyoaks." I have never watched Hollyoaks, but Ricky seemed like a really nice guy. He gave a little speech to us all. We took individual pictures with him, a picture with him and our consultants, and then a picture of all of us with him in the middle. (Slimming World will send us copies.)

Here are a couple of pictures I took while he was talking to us all. 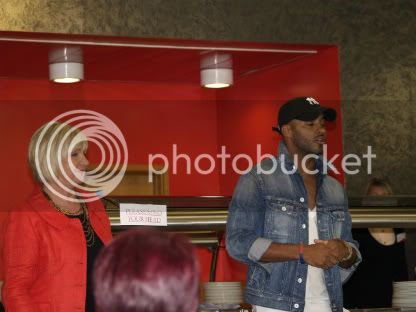 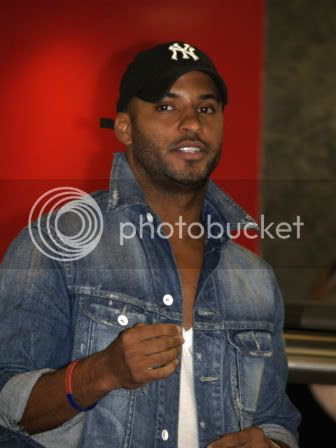 Then we all were measured and weighed. I have lost ten stone (140 lbs), but when I weighed, it showed me as having lost 9 stone 13 1/2 lbs (1/2 pound up). I was actually really upset about that because I know I have lost 10 stone and I'm very proud of that 10 stone. It wasn't until after I had a cup of coffee and some fruit that I realized that I had forgotten to take off my jewelery before being weighed, and my bracelet-watch always adds half a pound to my weight all by itself. I wanted the scale to say I'd lost 10 stone, but I know that, at my official weigh-in tomorrow night in group, I will either be back at ten stone down or will be even lower in weight.

There were 42 of us there. We were divided into groups of nine to tell our stories. Then we got to have lunch. Lunch was provided by Slimming World's chef Jeff and his staff and all of the food was Slimming World friendly with the syn-values listed beside it. The food was delicious!

Then we went into the main room where we were all given our framed certificates. We waited while the ten finalists were announced. My name wasn't announced until around the seventh person, right as I was beginning to believe I wasn't in the final ten.

It was very exciting to be chosen for the final ten! We each got a check for £500. We will have to buy ball gowns to wear to the ball on November 13th.

Rebecca Wheatley (from the tv show "Casualty") was last year's winner and she was there to present us with our checks. Sharon took some photos with my camera of the ten of us being called to the front. 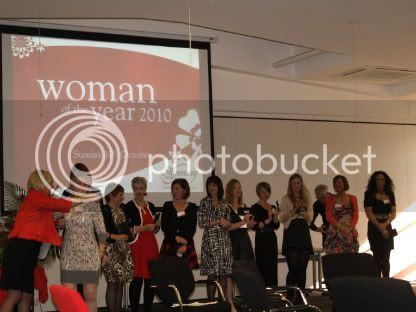 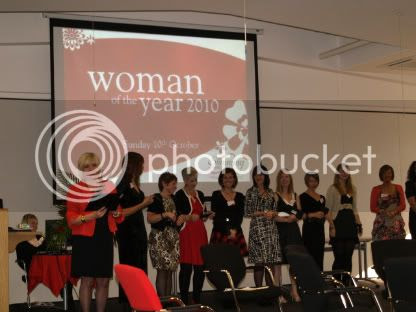 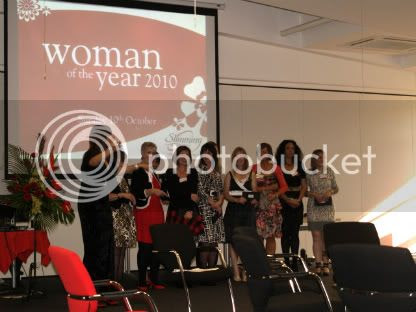 Then we had a short break and the ten of us returned to sit in a circle and tell our stories again. I feel as if I told two completely different parts of my story each time I told it. Five minutes is not enough time to tell the whole story. The second time around, I had to stop and take a breath and collect my thoughts for a moment part-way through telling my story. I always feel as if I have blown it by the time my time is up.

Sharon took a photo of us in the circle. 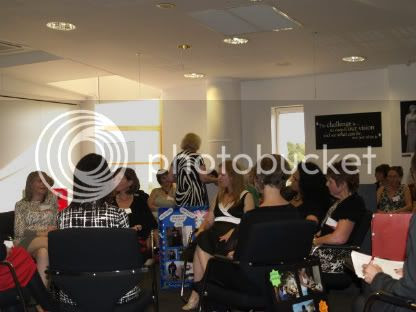 We had some profesional photos taken of the ten of us, and again, Sharon grabbed my camera and snapped a few photos for me. 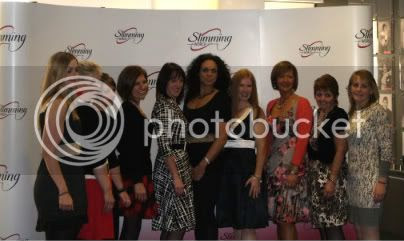 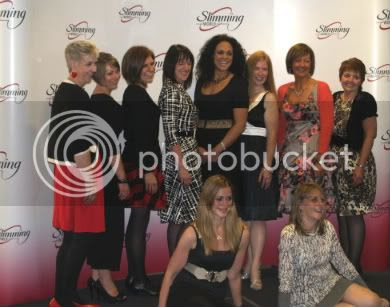 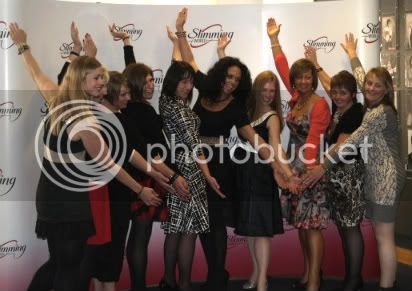 Then we had quick make-overs with our make-up. That's when the long wait for my turn to be videoed began. Slimming World was making a quick video of each of us telling a small part of our stories, and they had to make the video clips one at a time. I don't think I even got in to make my video until around 7:30pm. In the meantime, we, the ten finalists and our consultants, all sat around chatting with one another and getting to know each other.

Sharon took a close-up of me after my make-up had been done. 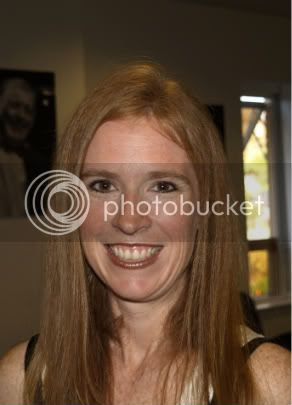 Some great things that happened during the day:
1 - I got to see a lot of the people I remember from the Couple of the Year competition like Caroline and others and it was good to see them again. Some of them even remembered me.
2 - Our district manager (regional?) Tracey Hill sat at the lunch table with us and she is a very likeable person. It was nice getting to know her.
3 - I got to meet Julie Cummings in person who, until today, I had only known on-line. The irony is that we were put into the first group together and I hated the idea of being in competition with her (especially since she has lost more weight than me). The good news is that she was the other person in my group to make it through to the final ten! And she is absolutely lovely!
4 - I got to meet up with Jackie Ferguson who is someone else I knew from on-line. She works for Slimming World and she is an absolute sweetheart!
5 - I got to see Megan, Nicala and others from Slimming world headquearters who I usually just speak to on the phone.
6 - I got to hear some incredible stories from some amazing women who have lost a huge amount of weight and changed their own lives for the better.

We were told it is not decided on weight loss alone, but I think the amount of weight each of us has lost will play a big factor in the choice regardless, and there were about four women there who had lost more weight than me. I lost half of my weight while pregnant, but I still only lost 10 stone. (I can't believe I just used the word "only" in connection with a weight loss of that much!)

But don't get me wrong. I am happy right now and will be happy no matter what the result is. Everyone there deserves to win this and I do not envy the judges the choice they had to make.

None of us will know the decision until November 13th. The waiting will be fun because I will be finding and buying myself a ball gown, preferably something in princess (because I feel like one).

And I can't wait to share with you all about the ball when it happens!

(I just know I am going to post this and then realize a bunch of stuff I have forgotten to mention!)