Tonight at Slimming World a couple of things happened along with our weigh-in. Today was a "bring and share" where everyone is supposed to make and bring some food to share with others that is either low-syn or syn free. I made a pasta dish with some food I had on hand. 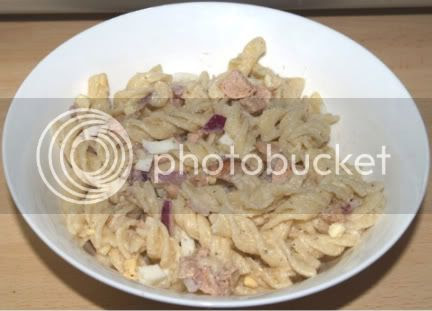 Two cups of whole wheat pasta
1 red onion (finely chopped)
2 Quorn sausages (grilled)(If you don't have the brand Quorn in your area, it is vegetarian versions of meats, so there was no actual meat in the sausages.)
2 medium eggs (boiled)
3 tbsp. extra light mayonnaise
100g low-fat cheese (grated) - optional
seasoning to taste

Boil the pasta until soft and then drain. Add three tablespoons of extra light mayonnaise (or make Slimming World's syn-free mayonnaise if you are following the plan) and mix in until all of the pasta is lightly coated. Add seasoning to taste. (I use Nature's Seasons seasoning blend, but it can only be found in the US. I get it shipped to me by friends and family.) Chop the sausages into small bits and mix in. Mix in the chopped red onion. Dice up the boiled eggs and mix into the pasta. Sprinkle the grated cheese over (while the pasta is still hot) and mix in.

Robert made brought his chicken, rice and vegetable casserole dish. (He made so much of it last time that he froze half of it, so this time, he thawed the frozen portion and heated it up along with some onion stock.)

My friend Helen made a Banoffee Pie from a recipe on the Slimming World site. It was really yummy! I went back for seconds, but the other members had gone back for seconds before me and it was already gone.

Robert and I, being the only couple going together to the meetings, were up for this year's "Mr. & Mrs." competition. Other members, if their significant others were losing with them even though not members, could have tried to win it too. But we were the only ones, so we won by default. We still had to get up and tell our stories to the group, pass around before and after pictures, and answer questions. (I will post the before and after photos that we shared in a separate post later.)

We won a little paper-weight and pen set which were engraved, and we got a sash proclaiming us the winners. It was fun, although I get terribly nervous standing and talking in front of people, even though I know most of them already. There was also a sticker to put in our Slimming World books. 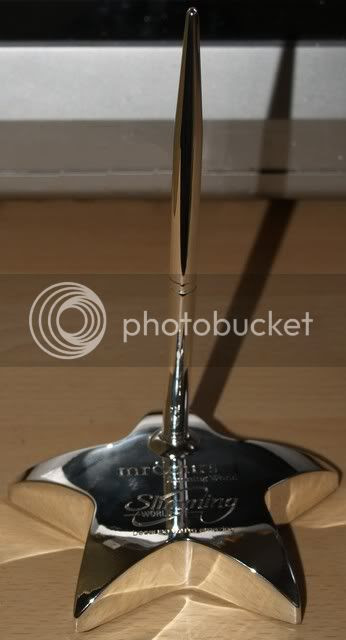 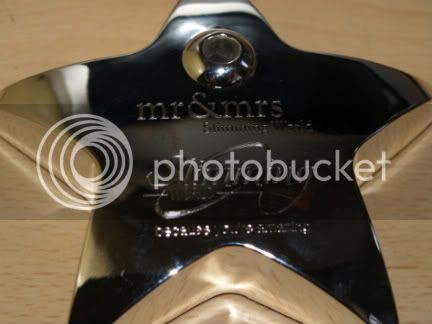 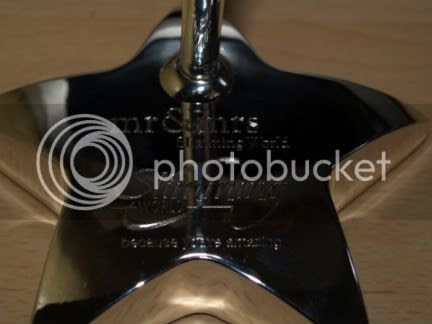 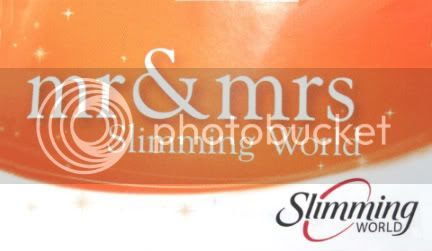 I found out that there is a "Most Weight Lost" competition later this year, and I am only a few pounds away from overtaking the lead loser at the moment, so I've got a slight chance of winning it!

I was actually disappointed that I only lost one pound. I worked just as hard this week as last week, but last week I lost four pounds. I am so close to Onderland and I want to reach it so badly! In retrospect though, I am no longer annoyed about only losing one pound. I'm proud of it. I've decided that it would be really great to reach Onederland by my birthday. My birthday is on the 27th of this month, so I have 3 weeks and 4 days to lose 2.5 pounds or more. I can so do this! Even at my slowest pace of losing, I can still reach that target! It'd be great to reach it this week and be further into Onederland by my birthday, but I'm just taking each week and each day as it comes.

I also just realized that LAST week, I reached another of my mini goals, which was to lose 25% of my starting weight! I needed to get down to 204 to reach that mini goal and last week I was 203. Now I'm 202. I'm creeping ever closer to each of my mini goals along the way. I've now reached 12 of the 25 mini goals I have set for myself.
Posted by Becky Fyfe at 02:27